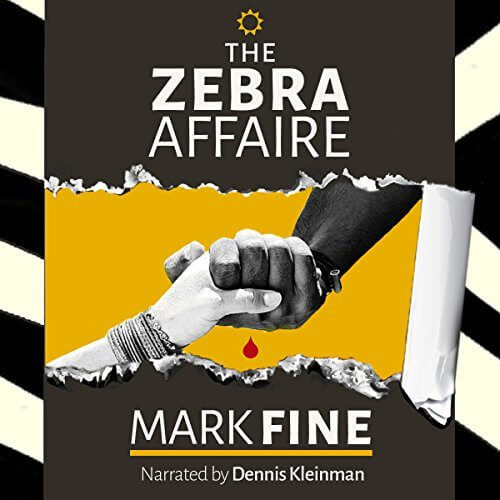 In 2017 I was contacted by Mark Fine, the author of The Zebra Affaire, originating from South Africa like myself, who in seeking out a narrator/producer for his highly acclaimed novel, had listened to some audiobook samples of mine and wanted to know if I would be interested in narrating and producing the audiobook version of his historical romantic novel. The Zebra Affaire is beautifully written and tells the story of a young Afrikaner girl, Elsa Marais, who meets a young black man Samuel Marunda, a migrant worker from Malawi who had come to South Africa to work in the mines in Johannesburg. The story is set in the heart of the apartheid years, 1976, around the time of the Soweto Riots, where black youth began protesting the fact that they were being taught in Afrikaans, which was seen as the “language” of apartheid. In the story, the couple meet when Samuel is involved in a car accident and badly hurt, and Elsa assists him and the story opens up from there. Mark captures the essence and feeling of the country at that time in his creative and expressive penmanship. The narration of the book was an incredible experience because it gave me the freedom to work in accents that had been such an integral part of my youth. But what the book did, was brought back many feelings of my youth in South Africa, as well as the reason for leaving the country.

During those apartheid years, due to the strict laws governing ‘separate development’ which is the actual meaning of the word “Apartheid”, it was illegal for whites and blacks to eat in the same restaurants, to live in the same suburbs, and certainly to engage in any sexual activity, let alone fall in love with one another. Yet, one cannot really enforce any laws about love and I know that although this book was fiction, it certainly is a window into many lives that struggled through that time in South Africa. The statute books called sexual intercourse between people of different skin color, The Immorality Act, which was punishable by jail and even worse, especially for black men, the possibility of death for ‘rape’. All laws pertaining to the control of the apartheid system were brutal, vicious and abhorrent.

I was lucky to grow up in a family with liberal parents who were part of the early anti-apartheid movement and this allowed me to express my own understanding and sense of what I recognized was right and wrong about the society into which I was born. From as early as 8th grade, I knew deep inside that I would not live in South Africa beyond my very early twenties. There were many factors that influenced my decision, but the following event was certainly very high on the list.

One of my very close friends at the time was a medical student at the University of Cape Town, and during his second year, the anatomy year, he asked me one day if I was interested in coming to the lab to meet ‘Max’, the cadaver he was working on. Having an adventurous spirit, I immediately said yes, and the next day I accompanied him to the medical lab where all the bodies were laid out. I did feel slightly apprehensive about entering the lab, quite a daunting sight! I was introduced to ‘Max’ who was white – his skin, however, was the color of cardboard and my friend explained to me what I was seeing. Each cadaver was in the same stage of dissection as the students learned about the human body.

Lying next to ‘Max’ was a black man who sadly must have died in an act of violence as half of his face was ‘dented’ if you will. He was obviously at the same stage of dissection as his neighbor Max. As I studied the two cadavers, side by side, something very profound overcame me as, looking into the body, everything was obviously the same, and other than typical different characteristics between races, the only difference that hit me, and hit me hard, was the skin tone, and how thin that pigmented layer of color was. It was less than one millimeter thick. LESS THAN ONE MILLIMETER THICK!!

And it hit me as if someone punched me in the face, that the ruling regime of the country that I lived in, based their entire edict of horrific dehumanizing laws that resulted in such sadness, death, and destruction on the fact that less than one millimeter of the human body’s largest organ, the skin – was black.

This experience has never left me and was brought back to me even more as I narrated Mark Fine’s powerful story, The Zebra Affaire. 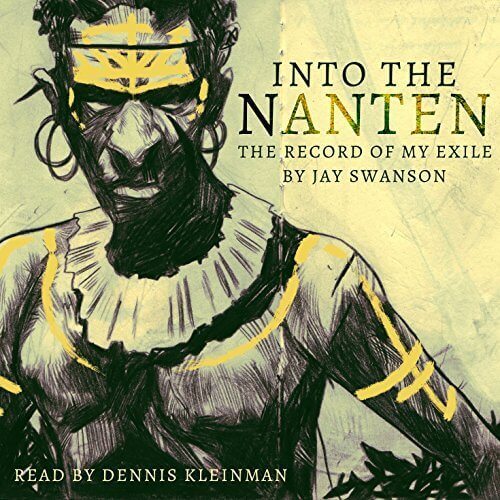 Narration and production has begun on the audiobook version of Into The Nanten – The Fall of the Arbor King – Season Two written by Jay Swanson. The story picks up from the end of season one and will be released on an ongoing basis as a serialized podcast chronicling the adventures of Marcelles na Tetrarch.

The #audio version of Season One is available online at IntoTheNanten.com 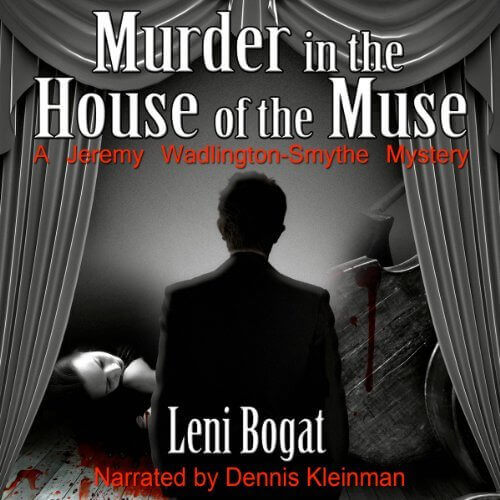 The amount of audiobooks on the market today keeps multipying faster than one can imagine. The industry is growing at breakneck speed and the choice of what to listen to has expanded almost beyond comprehension. From the days gone by when a book was on a casette tape and you could borrow one from your local library, to now downloading books onto every device possible, the industry has covered a very wide gambit of materials.

So for the author and the narrator, the struggle is how to get your book in front of people, unless of course you are a celebrity. So we all do what we can in social marketing, putting sound bytes on Facebook, Twitter, Linkedin and as many social sites possible, offering download codes to friends and family and hoping to get a decent review, posting snippets on Soundcloud, we have all done it all. It is common knowledge that recognition comes from reviews which boost the popularity of the book, so to introduce readers to some of the work that I have done, following are some links to reviews of some of my recent audiobooks.